Today (27th October) the Liberal Democrats announce they will propose a Bill to amend the Fixed Term Parliament Act to hold a General Election on Monday December 9th.

The plan, which is backed by the Liberal Democrats and the SNP, would amend the Fixed Term Parliament Act to set the date of the next General Election, with Parliament being dissolved on Thursday following its passage this week. 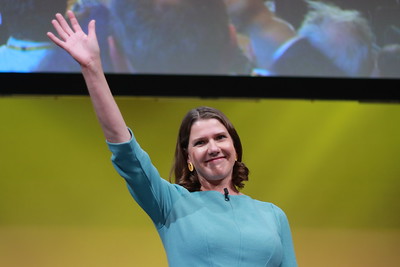 As this is a simple Bill, it would require only a simple majority, as opposed to the two thirds majority required under the normal FTPA legislation.

"Boris Johnson has missed his 'do-or-die' deadline and is now asking Parliament to give him a General Election and time for him to ram through his Brexit Bill through Parliament. That is a bad deal, and Liberal Democrats will not vote for it.

"We need to get Boris Johnson out of office, unlock the gridlock in Parliament and give people the chance to vote to stay in the EU. A general election on our proposed timetable would take no-deal off the table, and give the public the chance to elect a Liberal Democrat Government who will revoke Article 50 or increase the number of MPs who support a People's Vote.

"The Liberal Democrats are the strongest party of Remain and have led the campaign to stay in the EU for the last three years."