ALDE is the Alliance of Liberals and Democrats for Europe and is the European political party in which the Liberal Democrats are members. Its latest Council meeting was held in Berlin and Rob Harrison attended as a non-voting observer. 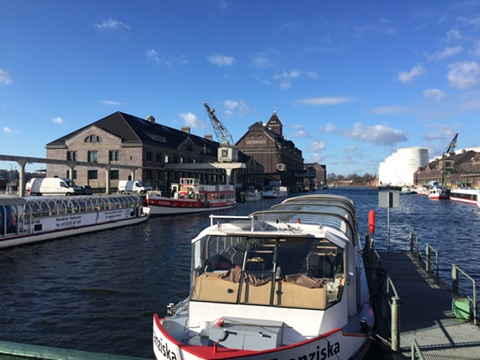 Sitting in an old warehouse in the river port area of the city of Berlin is maybe not everybody’s idea of fun. It was nonetheless fascinating to meet fellow liberals preparing for the European elections. The first part of the afternoon was a training session for candidates - looking at messaging for the forthcoming campaign. Liberal voters are more optimistic than many other European citizens and motivating potential voters will be the greatest challenge for the ALDE member parties.
ALDE Party Council is the political body and its later meeting initially focused on the situation of their member party. ALDE is really concerned with the rule of law and the criticisms made by the so-called Venice Commission - a body of constitutional experts - on Romania in which the ALDE Romanian party is in government. No decision was made - the criticism made by our Austrian liberal friends will need to be investigated.
The ALDE family is expanding - membership applications were received from Più Europa from Italy, Bright Party in Amenia and the Reform Party from Iceland and these were all accepted. 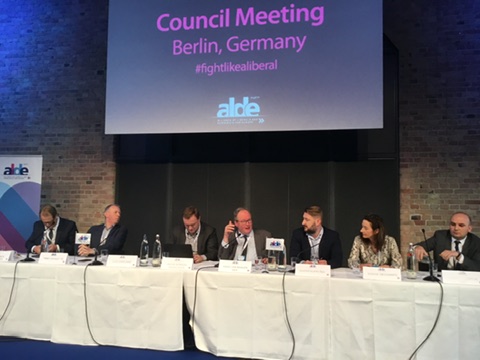 One urgent resolution was passed - recognising the agreement with Greece for the former Yugoslavian republic of Macedonia to be renamed North Macedonia which will pave the way for the country's membership of NATO and ultimately in the European Union.
Finally, the big kickoff for the European elections was announced to take place on 21 March in Brussels - and the Liberal Democrats will be there, supporting our fellow liberals throughout Europe working for reform to meet the challenges of society in the next years.