Our colleagues at Libdems Abroad are holding their online conference this weekend 23rd and 24th October.

The deadline to register is 1700 CET tomorrow Friday 22nd, using this link:

https://www.libdemsabroad.org/global-conference-2021
If you scroll to the bottom and RSVP that registers you. The Zoom link will be sent out on Friday to all those who are registered.
In the meantime, you can view the programme:
https://d3n8a8pro7vhmx.cloudfront.net/ldeurope/pages/301/attachments/original/1634650881/LDA_Conference_2021_Programme.pdf?1634650881
Read more

Liberal Democrats have today voted to launch an internal review that will set out roadmaps to rejoining EU agencies such as the Customs Union and Single Market, with a view to membership of the European Union in future. It comes in the wake of the devastating impact of Boris Johnson's trade deal, which has left millions of British businesses and workers worse off. 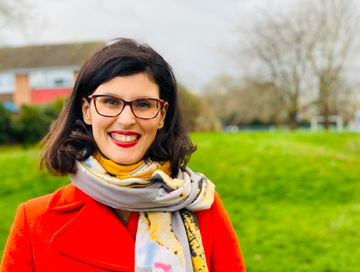 If you watched the UK budget news last week you may have spotted the Government’s commitment to £2.5 Million to abolish the 15-year rule for UK voters overseas. We cautiously welcome this - we’ve been campaigning for years to have voting rights restored to overseas electors, and with Cameron’s 2015 Government the first to promise it, we’ll only believe it when we see it.

On 30 December another chapter in the horror story of Brexit ended and another one begins at midnight European time on 31 December. The UK-EU trade deal was passed by the House of Commons and the Lords.

Thee Liberal Democrats have tabled a series of amendments to the European Union (Future Relationship) Bill that demand the Government protect British businesses, the rights of UK nationals and ensure Parliament has proper scrutiny over the future relationship agreement. Leader of the Liberal Democrats Ed Davey, who has said that his Party will vote against the deal, warned the Government has committed an “affront to our democracy” by allowing Parliament just a few hours to debate the trade deal.

The Liberal Democrats have announced that they will vote against Boris Johnson’s  “threadbare” deal because it is “bad for jobs, business, security, and our environment”.